Apple iBooks Shut Down in China in Startling About-Face 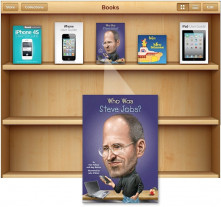 For years, there has been a limit to the success of American technology companies in China. Capture too much market share or wield too much influence, and Beijing will push back.

Apple has largely been an exception to that trend. Yet the Silicon Valley company is now facing a regulatory push against its services in China that could signal its good relations in the country may be turning.

Last week, Apple’s iBooks Store and iTunes Movies were shut down in China, just six months after they were started there. Initially, Apple apparently had the government’s approval to introduce the services. But then a regulator, the State Administration of Press, Publication, Radio, Film and Television, asserted its authority and demanded the closings, according to two people who spoke on the condition of anonymity.