'It's Like They Were Selling Heroin to Schoolkids': Censorship Hits Booksellers at Kuwait Book Fair 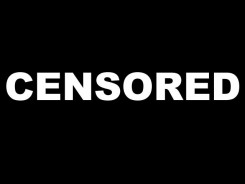 Arab book fairs are like a giant travelling circus; no sooner does one end than publishers are boxing up books, pulling down posters, and moving their wares to the next. There are more than 15 major fairs across the region, with dozens of minor ones. This week, a reported 568 publishers are at the Kuwait international book fair, where readers, publishers, and writers are fighting back – and winning small gains – against a growing censoriousness.

The Kuwaiti fair is an outlier in the Middle East, where book fairs have traditionally been a free space. The recent Sharjah international book fair in the United Arab Emirates saw an estimated 2.3 million customers. Many books not allowed in Emirati shops were sold at the fair.

In This Case, Publishers Should Root for OER
Comments
Webinars
Book Publishing and Production Trends for 2021
Learn More