Under Pamela Paul, a New Books Desk Takes Shape at the 'Times' 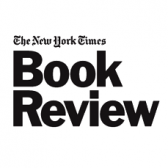 “The question about whether to keep [the Book Review] separate has been around for a long time,” Paul told PW, adding that the Sunday Book Review has been a separate operation from the paper itself since 1896—a holdover from English tradition, where the Sunday edition of a newspaper has typically been completely separate from other operations.