Today the Book Industry Study Group (BISG) announced the appointment of a new executive director, Brian O'Leary. O'Leary, an advisor and contributor to Book Business, has a decades-long track record advising book publishers on digital production, metadata, marketing, and more. O'Leary will take begin his role as executive director on October 3, 2016. Read the complete press release from BISG below.

“We feel very fortunate that Brian has decided to join our organization as Executive Director,” said BISG Chair Tara Catogge. “Over nearly two decades as a consultant, he has worked with a wide range of book publishers and associations, using his insight and experience to shape their strategy and operations. Brian has also worked with BISG on several projects, including a critical study of metadata in the publishing supply chain. More recently he has served on our Board of Directors. There is no one better suited to lead us forward at this critical time in our history.” 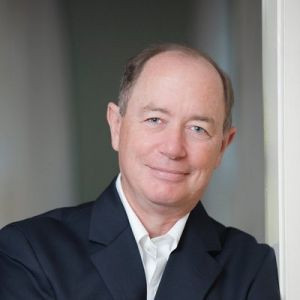 “For the last four decades, the book publishing ecosystem has relied on BISG for leading-edge information, standards and research,” O’Leary added. “Formats, channels and markets continue to evolve, and BISG serves a central role in improving revenues, promoting product visibility, reducing costs and ensuring transparency across the book industry supply chain, both in the U.S. and across global markets. I look forward to the opportunity to continue and extend that work.”

BISG will celebrate 40 years of industry leadership at its Annual Meeting of Members on September 30th. Details are available on the BISG website.

The Book Industry Study Group, Inc. (BISG) is the book industry’s leading trade association for standards, education, and research and information. BISG facilitates the connections and conversations that solve common problems, advance new ideas, and more profitably bring published content to readers. For 40 years, BISG has provided a forum for all industry professionals to come together and collaboratively address issues and concerns to advance the book community. Its 200 members include publishers, manufacturers, suppliers, wholesalers, retailers, librarians, and others engaged in the business of print and electronic media.

Why Publishers Must Realign Their Business Culture