NEW YORK—January 8, 2016—In a letter to employees, Open Road CEO Jane Friedman announced the promotion of several key executives and the hiring of two new people to leadership posts. The personnel shifts are part of a restructuring that Friedman said “will ensure our place as the leading e-book publisher in the field, and move us toward becoming a broader digital content company.” 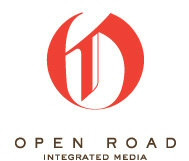 Open Road will now be operating with dedicated teams the will both focus on two areas: publishing and content. In a brief interview with PW, Friedman said the new alignment is "a logical extension of the company." With Open Road having acquired a large catalogue of e-books, "now is the time to do some more innovative things to find ways to reach consumers directly," Friedman said.

Rachel Chou, a founding member of Open Road and chief market and product officer, has been named general manager, chief content officer. She will oversee Open Road’s content and consumer business, including Early Bird Books, Open Road’s ebook deal newsletter and website, and its content websites, including The Lineup. Friedman noted that since Chou and her team launched The Lineup, a newsletter and site for true crime and mystery fans, traffic has grown to 1,000,000 uniques per month.

Another Open Road veteran, Tina Pohlman, has been promoted to executive v-p, publisher. In addition to continuing to oversee acquisitions, production, art and contracts, Pohlman will also now be responsible for the marketing of Open Road’s e-book titles.

New to the Open Road team is Jeff Driskill, who has been named chief financial officer. He had been at Tapad, an ad tracking firm. Matt Shatz has moved to Open Road as senior v-p, sales and business development. Shatz has held a number of jobs at publishing related companies and was most recently chief revenue officer at Oyster. Prior to joining Oyster, Shatz spent three years at Nokia and from 2005-2010 he directed all aspects of the digital business at Random House.