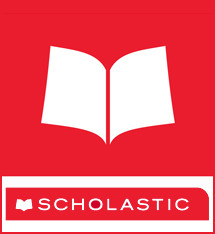 NEW YORK, NY (June 10, 2016)— Scholastic, the global children’s publishing, education, and media company, and the pioneering force behind the groundbreaking and bestselling multi-platform properties The 39 Clues® and Spirit Animals™, expands its innovative multi-platform publishing program with the worldwide launch of Horizon, a supernatural survival series for readers ages 9 and up. To be written by a team of seven authors anchored by #1 New York Times bestselling author Scott Westerfeld, this blistering new adventure combines books with a fast-paced digital game that allows readers to test their survival skills. The new hardcover book series will launch simultaneously in the U.S., the U.K., Australia, New Zealand, and Canada, with the first book scheduled for release in January 2017. The second book, penned by New York Times bestselling author Jennifer A. Nielsen, will follow in September 2017. Additional authors will be announced at a later date.

Horizon is a supernatural survival story following a diverse group of kids who step from the wreckage of a plane crash to find themselves stranded, at odds, and under threat from curious and terrible creatures. The Horizon digital experience is unlike any other Scholastic has released before, launching simultaneously for desktop and mobile. The breakthrough game play, developed in collaboration with author and avid gamer Scott Westerfeld, puts readers on a race for survival within an ever-shifting landscape. The game combines altered physics, the ability to build lifesaving gadgets, an eerie soundscape, and antigravity modes that allow players to fly – or, if they’re not careful, crash.

“As a lifelong gamer I am excited to work on a project that allows me to combine my two passions —writing and gaming,” said Scott Westerfeld. “I am thrilled to work with Scholastic to plot the Horizon series across seven books and several platforms to create a captivating and epic experience.”

“Scholastic is unveiling the next generation of multiplatform publishing with Horizon, and there’s no one better to propel us into this new dimension than brilliant storyteller and world creator Scott Westerfeld,” said David Levithan, VP, Publisher and Editorial Director, Scholastic. “Horizon is going to engage readers, gamers, and the biggest group of all – the kids who like to do both.”

Horizon is a supernatural survival story following a diverse group of kids who step from the wreckage of a plane crash to find themselves stranded, at odds, and under threat from creatures unlike any they’ve seen before. It’s a fast-paced, eerie mystery that not everyone will survive. And the greatest threat might be the kid standing next to you…

Scott Westerfeld is the #1 New York Times bestselling author of the Uglies series, which has been translated into 35 languages; the Leviathan series; Afterworlds; and many other books for young readers. He was born in Texas, and alternates summers between Sydney, Australia and New York City.

Scholastic Corporation (NASDAQ: SCHL) is the world’s largest publisher and distributor of children’s books, a leading provider of print and digital instructional materials for pre-K to grade 12, and a producer of educational and entertaining children’s media. The Company creates quality books and ebooks, print and technology-based learning materials and programs, classroom magazines and other products that, in combination, offer schools customized solutions to support children’s learning both at school and at home. The Company also makes quality, affordable books available to all children through school-based book clubs and book fairs. With a 95 year history of service to schools and families, Scholastic continues to carry out its commitment to “Open a World of Possible” for all children. Learn more at www.scholastic.com.