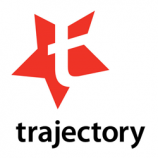 BOSTON and WASHINGTON, D.C.—January 8, 2016—The White House has promised President Barack Obama will deliver a "non-traditional" State of the Union address next week, with a focus on the challenges facing the country. In the lead up to the President’s final address, Trajectory is announcing the release of its "non-traditional" compilation of every State of the Union (#SOTU) from the first address by George Washington on Jan. 8, 1790, to Barack Obama’s Jan. 20 address of 2015.

This digital ebook edition features text run through Trajectory’s proprietary Natural Language Processing (NLP) system to analyze the content of all addresses, examining words, language, content, mood and sentiment. The deep learning analysis provides an opportunity for in-depth comparisons of presidencies, political perspectives, economic and budgetary concerns, educational directives and social issues. By reading the State of the Union Addresses in a new way through advanced language processing, Trajectory adds nuanced detail to America’s most important presidential addresses and offers analytics for intensity, sentiment, among other language qualities. An app is available on http://www.trajectory.com/sotu/ to compare and analyze every State of the Union Address with the ebook available at major bookstores.

For example, easily analyze the keywords and concepts of President James Monroe seventh State of the Union Address which first outlined the Monroe Doctrine, the defining moment in the foreign policy of the United States and the 2002 State of the Union address George W. Bush delivered identifying ‘an axis of evil.’

“We have deconstructed every sentence in every State of the Union Address to analyze and summarize their common and unique themes. We have compared each speech to all of the others to identify the closest matches and we have summarized each speech by identifying the unique use of language and sentiment,” explained Jim Bryant, CEO and co-founder of Trajectory.

“When we compared President Obama’s speech in 2015 looking for the closest sentiment or feel match, we were surprised to discover that the address most similar in thought, attitude and opinion was President Grant in 1870,” said Scott Beatty, Trajectory co-founder and chief content officer. “Another pattern we discovered was the similarity of the first addresses from John F. Kennedy in 1961 and Ronald Regan’s 1982 State of the Union.

Trajectory’s multi-lingual discovery solutions, metadata enrichment and audience development tools are designed to facilitate global trade for the international publishing industry. Trajectory has developed and deployed a series of algorithms that are being used to address the ‘book discoverability’ issue facing the global publishing ecosystem.

About Trajectory
Trajectory was the recent recipient of the Book Industry Study Group’s 2015 (BISG) Innovation Award. Trajectory Inc. is an American technology company that focuses on solving the problems facing the global book publishing market. It was founded by Jim Bryant and Scott Beatty in 2012 and is headquartered in Marblehead, Massachusetts. The company is known for pioneering the development of a series of deep learning algorithms that are used to analyze and recommend books.

Amazon Rapids And the Dumbing-Down of Reading