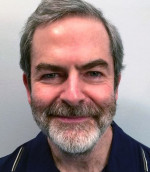 Thad McIlroy is an electronic publishing consultant, analyst and author, and principal of The Future of Publishing. Since 1988, Thad McIlroy has provided consulting services to publishing and media companies, printers, prepress shops, design and advertising agencies, as well as vendors serving the publishing industry.

August 5, 2016 What the Big 5's Financial Reports Reveal About the State of Traditional Book Publishing

This post examines the latest quarterly financial reports from the big 5 book publishers and tries to draw some conclusions from the data. The big 5 are, of course, Hachette, HarperCollins, Macmillan, Penguin Random House and Simon & Schuster. These companies are often seen as emblematic of the state of traditional trade book publishing in…

3
Comments
July 8, 2016 In An Interesting Twist, B&N to Sell Self-Published Books In Stores

The big news about Barnes & Noble is that after twenty years of battling with Amazon they have finally made a competitive move that Amazon cannot match. Barnes & Noble, with 640 bookstores in 50 states, is giving self-published authors a chance to get access to their hallowed bookshelves. Meanwhile, Amazon runs one bookstore in Seattle (albeit with 3 more slated). Barnes & Noble…

Editor's Note: This post was originally published on The Future of Publishing. Netflix released its latest quarter earnings report today. In a Letter to Shareholders (PDF), Netflix CEO Reed Hastings described the competitive landscape the company faces. In doing so he framed the challenge faced today by all publishers, certainly all book, newspaper and magazine publishers.…

Noted in NPR's Thursday, November 21 report on the National Book Award winners was that "a visibly shocked (James) McBride accepted the fiction prize. Considered the clear underdog, he said he wouldn't have minded if any of the other finalists won because they 'are all fine writers.'"

McBride's novel The Good Lord Bird is about a young slave (delightfully named 'Little Onion') who joins the abolitionist John Brown in his anti-slavery mission.

2
Comments
January 1, 2013 Everything You Thought You Knew About Metadata…

It's no surprise that there's a lot of confusion around metadata for books. It's complicated. If only they hadn't used the "M" word—metadata. It reeks of digital complexity. And then you read the standard definition: "Metadata is data about data." Gee, thanks. As if your eyes hadn't already glazed over.