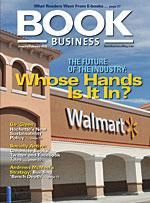 With some of its better-known and wackier titles including "The Complete Far Side," "What the Duck: A W.T. Duck Collection," "Cake Wrecks: When Professional Cakes Go Hilariously Wrong" and "Butter My Butt & Call Me a Biscuit: And Other Country Sayings, Say-So's, Hoots & Hollers," one might think that Andrews McMeel Publishing's (AMP) strategic advantage comes from its funny bone. But, while humor is one of the company's leading product categories, there is no doubt that it's serious about its approach to publishing.

At one time, many book publishers printed their own books. Then they discovered that the cost of maintaining a printing enterprise was less cost-effective than buying book printing and binding from commercial printers. Over the decades, they dabbled in (photo) typesetting and desktop publishing, and enlisted legions of part-time workers. At some moment in time, most books in production in New York City are on the subway, as industry freelancers carry manuscripts and artwork back and forth.

517 Number of weeks that the four books from Stephenie Meyer's "Twilight" series collectively have been in the top 150 of USA Today's Best-Selling Books Database. (If the weeks ran consecutively, they would span 9.9 years.) The first book in the series, "Twilight," has appeared in the top 150 for 158 weeks; "New Moon" (book two) for 168 weeks; "Eclipse" (book three) for 121 weeks; and "Breaking Dawn" for 70 weeks.

In today's evermore environmentally conscious society, many publishers have implemented "green" practices. Over the past two years, major publishing houses, such as Random House, Simon & Schuster and Scholastic, have joined a number of independent, smaller and midsize publishers in launching formal environmental sustainability policies, reflecting the priority increasingly being placed on being "green" by readers, retail partners and employees.

Many publishers have launched or are launching social media efforts. But, as time will tell, an effective social media strategy requires more than simply setting up a Twitter account or a Facebook page and waiting for followers and fans to flock. When San Francisco-based Chronicle Books launched its social media strategy in March 2009, it did so with specific goals in mind. "The overriding strategy … was to build our community, build audience, raise our brand awareness of Chronicle Books online and start … driving traffic to our site," says Guinevere de la Mare, Chronicle's community manager, who works with the marketing team to spearhead and sustain social media efforts.

The Future of the Industry

What does it mean when a city of 230,000 loses its lone bookstore, as is happening to Laredo, Texas, in early 2010? With a world of books available to purchase online, is it merely a symbolic loss, or is there something more deep-rooted at work?

A year ago, I wrote a column examining the problems that occur when publishing organizations place marketing departments in technology silos, without access to digital assets and tools that would otherwise make marketing programs more effective.

What Readers Want From E-books

With the explosive growth in e-book sales and the entrance of multiple new devices and players, it seems like we are at the tipping point for e-books. But have any of us who are deeply involved in e-books—publishers, retailers, technology developers, standards organizations and writers—asked the question: What do e-book readers want?

Who's Eating Your Cake?

You may have heard by now about author Stephen Covey's deal with Amazon, selling the exclusive electronic rights (via e-book publisher Rosetta Books and for a one-year period) to two of his titles, "The 7 Habits of Highly Effective People" and "Principle-Centered Leadership." You also may have heard (or been a voice among) the resounding, collective industry gasp.