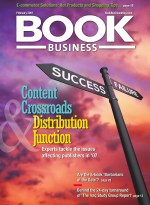 Are the E-book ‘Barbarians at the Gate’?

E-books may still be only a small part of the total publishing market, but e-book sales are growing, and many expect big things for the format in the near future. EBooks Corporation Ltd., which provides more than 70,000 e-book titles to consumers at eBooks.com, estimates that the e-book market hit $130 million in 2006, and expects it to reach $220 million this year. “Five years out, the total e-book market will be between $3 billion and $5 billion,” projects Stephen Cole, managing director of eBooks, which has partnerships with 327 publishers worldwide, including Random House, Simon & Schuster, Zondervan, Dell, Warner Books and Oxford University

The hot-button issues in the book industry today surround an increased focus on content and alternative forms of distribution. Publishers are still keeping a watchful eye on the Internet and the fear that it may replace the print-based distribution business in the future. But there appears to be a greater acceptance and realization that “content” is a publisher’s real asset, and that the delivery method means nothing if the content isn’t outstanding. An increased focus on content, book search tools, digital distribution, a declining print readership, increased used-book sales, rising fuel and paper costs, and decreasing bookshelf space in retail superstores are all

Following in the steps of the user-created world found on the Internet, a major book publisher is putting the content-creation of an upcoming project into the hands of the masses in a fashion similar to Wikipedia, a Web-based encyclopedia that online contributors help create and edit. “We Are Smarter Than Me,” the tentative title of a book scheduled to be published this fall by Pearson Education, will rely on the contributions of a multitude of registered members on the Web to create this experimental work. The book’s content will focus on the model of collective authorship, found in blogs and social networks, which

Several recently published studies have found that kids are becoming “teens” at a younger age than ever before. Children’s book publishers must face the challenge of reaching a changing audience demographic of more independent and mature readers. Lisa Holton, executive vice president of Scholastic and president of the company’s book fairs and trade books, talks with Book Business about the task. ● How are children’s book publishers responding to the trend of children becoming “teenagers” at a much earlier age? Lisa Holton: It’s very interesting to see what kids are actually reading, in terms of understanding whether that trend is true. At

Amazon bolstered its print-on-demand (POD) book division and consequently put the rest of the industry on notice that retail distribution is continuing to change, after it made a significant push to add new digital color presses to its operations. The leading online retailer would not publicly disclose the number of Hewlett-Packard (HP) presses that it purchased or the price paid, but said several HP Indigo presses and production manager controllers were installed and put into operation in a number of the company’s fulfillment centers, when the announcement was officially made in December 2006. Never Out of Stock The move is an effort to fulfill

A strange thing happened while creating this issue. Whereas we normally find book publishing industry executives to be open and willing to discuss industry issues and their own strategies, our writers had a difficult time getting people to comment for their stories this time around. At first we thought the holiday season was to blame, that people were, understandably, just too busy to respond. And then some people did respond, but many declined to comment. This is a strange experience for our writers, and some of the people who declined really surprised me. One story that met with a number of closed doors was

In the ever-changing world of multimedia and shoppers who expect things at the click of the mouse, e-commerce solutions are in high demand. “These days it’s so important to give your Web customers a great experience,” says Jim Morse, president of Morse Data Corp. To do so, it is important to select solutions that fit your company size, scope, staff and budget. The following advice from several e-commerce solution providers can help guide you through the process of deciding which product works best for your company. “A publisher should analyze the cost of not only the development of a solution, but the manpower

Official government documents may not have topped most holiday wish lists in the past, but several such reports found their ways under Christmas trees with increasing frequency the last several years. “The Iraq Study Group Report: The Way Forward—A New Approach” hit bookshelves in early December 2006 and, like a couple of its recent predecessors, has earned overwhelming success. Already in its third printing at the time of this story, the book’s release was made all the more remarkable by the circumstances surrounding its publication: a 24-day turnaround time. Government reports have, on occasion, sounded blips on literary radar screens in the past—perhaps most

Warehouse Practices: How Do Yours Measure Up?

Publishing executives and warehouse managers in companies large and small, with highly diverse and targeted products and marketing channels, can benefit for the first time from a new Warehouse Benchmarking System. The program was tested last year by the Book Industry Study Group (BISG) and is now being rolled out to the industry. Participants can measure their productivity and improve the effectiveness of their warehousing practices. It is an easy-to-use, and highly powerful program that relies on comparative peer-group data. “Participants use their [Web] browser to enter the appropriate data in a convenient, tabular format,” says Professor Leon McGinnis at the School of Industrial