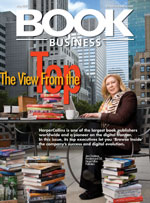 While working on this issue, I was struck by two things. The first was the comment by Eric Miller, president of the National Association of Independent Reps (NAIPR), in Gene Schwartz’s column “Deconstructing Distribution” (page 34), about why many people in the book publishing industry persist despite facing many significant challenges. “To have a bookstore is part of the American dream,” he said. Shortly after reading his comment, I stumbled upon another very powerful quote along similar lines on the Web site for Independent Publisher magazine (formerly called Small Press). In the magazine’s first issue in 1983, Allan Kornblum, founder and publisher of Coffee

The recent collapse of San Diego-based wholesaler Advanced Marketing Services (AMS), and its distribution subsidiary that it took down with it—the much esteemed Publishers Group West (PGW) that it acquired only five years ago—reminded me of the remarkable way in which our industry sorts through 180,000 new titles a year and the millions more in print. Somehow, in a timely manner, the industry moves books into stores, superstores, specialty stores and gift shops, big-box discounters, grocery and drug store chains, and libraries of all kinds—aggregating more than 100,000 accounts that someone has to bill and collect on. Dramatic though the PGW collapse is, drilling

The large New York publishing firms might have been forgiven, in early 2000, for taking little or no notice of a slim volume of Bible commentary put out by Multnomah Publishers, a small religious publishing house based in Colorado Springs. The book, which analyzed an obscure Old Testament passage as a sort of self-help guide to releasing “God’s favor, power and protection” through prayer, was bought up by large evangelical churches and began to be talked about online and in so-called “small group ministry” sessions around the country. One year and 4 million copies later, everyone in the publishing world had heard of

In mid April, Thomson Higher Education launched a new textbook and, with it, what Thomson calls its new model for higher-education publishing. The 350-page paperback textbook, “MKTG”—which covers the core concepts of marketing—was designed to reflect students’ preferences for shorter, more easy-to-digest texts and cheaper prices, according to Thomson. It also uses lots of colorful images and text, and call-out boxes. In fact, its pages really look more like those out of a magazine than a textbook. The book also incorporates online and cell phone quizzes, audio/MP3 downloads, printable flash cards and “Chapter in Review” summaries, in response to what Thomson says is

Pick a Title, Any Title

You only have so many titles to market to the public. How do you choose the right ones and how do you further their cause? It’s never an easy decision. One title you might acquire reads beautifully, but where’s the platform for marketing it? The author doesn’t exactly seem television-interview friendly. Another title has a famous person behind it, but it’s missing a little thing called substance. These are the dilemmas publishers face every day, and although choosing a title is certainly not easy, several publishers with a number of best sellers under their belts say that there are certain steps you can

The Answer to Escalating Textbook Prices?

Freeload Press, a Minnesota-based publisher and distributor, made headlines last year upon publishing college textbooks featuring advertising for everything from study guides to credit card companies. The company offers these books to students at significantly reduced prices in print or PDF format, and many for free download on its Web site. The goal is to offset the constantly increasing price of required course-reading materials for college students. Freeload now has almost 250 student versions available for download. An academic panel helps with ad placement in the PDF e-textbooks, and the “StudyBreak Ads” are placed in natural breaks in the printed books. Freeload Press Founder

The View From the Top

HarperCollins Publishers Worldwide, one of the five largest book publishers in the world and a subsidiary of News Corp., is strategically focused on a digital evolution that will shape the company’s goals and mission in the future. The foundation of this evolution can be traced back 10 years to when Jane Friedman was hired as the company’s president and CEO. According to Friedman, in the past 10 years HarperCollins has increased profits by more than 1,000 percent and its total revenue went from $600 million to $1.3 billion in 2006. The company publishes an average of 4,300 titles globally per year, with 3,100 employees

Champaign, Ill.-based Sports Publishing LLC got its start in 1998 as a spin-off from Sagamore Publishing—publisher of parks, recreation and leisure textbooks—when the company published a biography of University of Illinois men’s basketball coach Lou Henson, a legend among basketball fans throughout the Midwest. The book was an instant hit, and a new company was born. Today, Sports Publishing puts out 80 titles annually, spanning college and professional teams and star athletes in almost a dozen sports. As vice president of sales and marketing, Dave Hulsey has been in sales and marketing since graduating from the University of Missouri in 1981. His career

Capitalizing on Book Publishing Trends in 2019