On February 25th Book Business hosted a webinar titled “Trends for 2016: The Future of Books in the New Year,” which asked experts from the Book Industry Study Group, the Book Manufacturers Institute, and the Independent Book Publishers Association to share their perspectives on the industry and the major trends that will drive its future development. Angela Bole, CEO of the IBPA, was one of these experts and offered her take on the growing independent publishing industry and how it will continue to impact the entire book market. 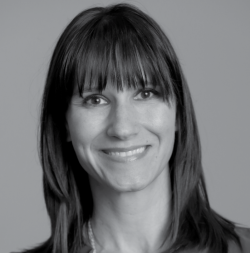 Bole mentioned throughout her presentation that independent publishers are eager to break into traditional retail channels -- ie. chain bookstores and big box stores -- an area that up until now has been dominated by traditional book publishers. As independent publishing continues to grow, an opportunity is developing for traditional publishers to work with indies to facilitate wider distribution of their books and earn a portion of that revenue. Perseus’s author and distribution services, which were recently sold to the Ingram Content Group, are an example of this model. If Bole’s 3 highlighted trends come to fruition in 2016, this model may become more attractive to publishers.

Watch the complete webinar “Trends for 2016: The Future of Books in the New Year” here.

Following are Bole’s 3 independent book publishing trends to watch in 2016:

Bole said that when print-on-demand technology became available in the 1990s, it quickly became a major driver of indie publishing’s growth. POD eliminated the high initial costs needed to print a book, which prevented most indies from entering the format. Although the cost per unit is higher in a POD model, the upfront costs are much lower than offset, said Bole.

As digital book printing technology continues to improve in quality, cost, and volume of titles per print run, Bole anticipates that it will only boost the growing indie market. “It’s a game changer. And I think we’ll see indie publishers starting to use a more sophisticated mix of digital printing POD with offset in the near future.”

Bole said that in a hybrid publishing model, publishers acquire authors that subsidize their own work. She emphasized that this is not vanity publishing. These publishers follow a traditional acquisitions process, vetting new titles, and have access to traditional sales channels, she explained. Bole added that as self-publishing continues to grow, the demand for hybrid publishing will grow with it. “This is the alternative for people who want to publish their book but can’t find an in into the traditional sales channel, and don’t want to learn a new business model marketing and selling books themselves,” explained Bole. “We have to leave space for these kinds of emerging models in the industry, and I predict that we will see this continue to grow in the future.”

Bole said that because many indie publishers do not have access to traditional distribution channels, much of their book sales go untracked and the actual impact of indie publishing on overall book sales remains ambiguous. This has led to the rise of alternative data collection efforts like the Author Earnings Report, which claims self-published authors earn more than traditionally published. Bole admitted that the data is not conclusive, but she believes that alternative data reports like the AER will continue to emerge to fill the current data hole left by organizations like Nielsen and the AAP.