Although there has been intense consolidation occurring in the book manufacturing industry the past several years, Stevens Point, Wis.-based Worzalla is bucking that trend by launching its second multimillion-dollar modernization and expansion investment. The 127-year-old printer, which specializes in high-quality, four-color children’s books, movie tie-in books, keepsake books, and coffee-table books, is investing $12.5 million in new machinery and capital improvements during the course of the next few months.

As part of this Phase 2 expansion, Worzalla also plans to hire another 50 workers to join its existing 310-employee headcount. Worzalla has seen steady growth over the last few years, recently announcing a 14% increase in its workforce at the end of the first quarter of its fiscal year — despite low area unemployment rates. 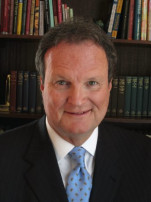 “We’re making this investment in direct response to the growing market interest for additional U.S. book manufacturing capacity, as the demand for domestic book production has been rising steadily over the past two years,” reveals Jim Fetherston, president and CEO of Worzalla, which became an employee-owned (ESOP) company back in 1986.

Worzalla’s modernization plan consists of three key components, including a 50,000-sq.-ft. addition to its manufacturing headquarters to enable more workflow efficiencies and to house a new eight-color, 41˝ Heidelberg Speedmaster XL 106 UV perfector, and a Kolbus perfect binding line. The new sheetfed press will become operational in early January and will join an XL 106 installed about four years ago, as well as existing manroland Lithoman and Rotoman web offset presses. 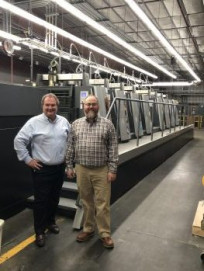 Fetherson told Printing Impressions that the new XL 106 UV press — which will enable offset-quality runs as low as 500 impressions — will provide added sheetfed capacity redundancy, as well as enable faster job turnarounds from pressroom to bindery due to the quick-drying capabilities of the UV inks on offset output that he says typically includes "loads of ink on each page." A hole has been dug for the press foundation and concrete is being poured this week.

This latest $12.5 million expansion, which is expected to be completed by the spring of 2020, follows a $5 million modernization investment made during the past year in Worzalla’s finishing department. The Phase 1 investment included a Muller Martini casing-in line, a Kolbus perfect binder, an additional jacketing line, and automated palletizers and cartoning machinery. Plans for Phase 3 will entail further investments in automation to help speed production and to minimize manual tasks.

Worzalla currently prints titles for some of the country’s largest book publishers, including Disney Books, Abrams, Simon and Schuster, Hachette, Penguin Random House, HarperCollins, and others. Once split fairly evenly between softbound and hardbound book orders, demand for hardcover books now accounts for about 70% of Worzalla's production.

According to Fetherston, these primarily New York-based publishers are drawn to Worzalla's standing as a viable, mid-tier independent printer that's highly service-oriented. "We're well-known for meeting our commitments and for our on-time percentage in the high 90s [percentile]. Our attention to detail is also unsurpassed."

One industry trend Fetherston has seen is a shift away from book publishers sending work to China and, instead, back to ultimately more cost-effective domestic book manufacturers. Although unit costs may be higher for U.S. producers, he points out that these publishers have realized the added reprint flexibility and control they have with on-demand domestic production vs. waiting six weeks for books to get shipped to the U.S. from China and having higher numbers of book returns at the end of the year.

When asked about all of the financial investments the $70 million in sales Worzalla is making in the future of the company, Fetherston says he is taking a long-term business approach, while also preparing for any short-term economic slowdown. "We believe our investments will prepare us for that inevitable rainy day."