CJK Group to Acquire Assets of Fellow Book Printer Thomson-Shore; Some Workers to Be Rehired 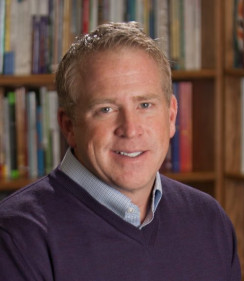 CJK Group CEO Chris Kurtzman has agreed to acquire the assets of Thomson-Shore.

Someone could easily author a book documenting all of the consolidation that's occurring within the book manufacturing industry. And now, reports from news outlets in Michigan that Thomson-Shore, located at 7300 W. Joy Rd. in Dexter, filed for Chapter 11 bankruptcy protection on March 25 in the Michigan Eastern Bankruptcy Court adds yet another chapter to the consolidation saga.

According to a report in Crain's Detroit Business and a legally mandated WARN (Worker Adjustment and Retraining Notification Act) filing with the state of Michigan, all 177 employees at the short- to medium-run digital and offset soft cover and casebound book printing operation will be let go on May 6. However, less than half of the existing workforce will be rehired should a tentative agreement for Brainerd, Minn.-based CJK Group to acquire Thomson-Shore's assets come to fruition once the Thomson-Shore bankruptcy filing receives court approval.

Despite the fact that all shares in the Employee Stock Ownership Plan (ESOP) held by the workers at the 100% employee-owned Thomson-Shore will have no monetary value, some of the plant's workers will be rehired. Formerly led by Kevin Spall, Thomson-Shore was ranked No. 172 on the most recent 2018 Printing Impressions 400 list of the largest printers in the U.S. and Canada ranked by annual sales volume. The company reported $28 million in sales for its most recently completed fiscal year, a 7% increase over the prior year. (Click here to access the complete Printing Impressions 400 list.)

Current Thomson-Shore President Pete Shima had just been appointed to that position on Jan. 8, 2019, to try to turn around the financially troubled company. With more than 35 years of industry experience, Shima had formerly held senior positions with Malloy Inc. and, most recently, with the combined operations of Ann Arbor, Mich.-based Edwards Brothers Malloy.

“I was hired to try and do what I could to keep the company going,” Shima reportedly told OnMain.Today in a locally published article. “The signs were all there that they were in trouble. The company was financially not doing well. I knew coming in that there was a risk that that something could happen.

“Prior to my coming on board, the company was experiencing heavy losses,” he added. “In spite of our best efforts, it had just gone too far. There will be people still here, making books, printing books and binding books,” OnMain.Today reported Shima as saying. “Hopefully that’ll be a good-sized group of people, but we just can’t say because we’re not the ones in control.”

A call by Printing Impressions to Shima seeking further comment and clarification was not returned by the time this report was published.

Shima Went from One Bad Job Situation to Another

Shima, presumably, was available to assume the president role at Thomson-Shore due to the June 15, 2018, closure of his former employer, Edwards Brother Malloy. Ironically, CJK Group was also in discussion to acquire select assets of that company, but the deal ultimately fell through.

At the time of the closure of 125-year-old Edwards Brother Malloy, CEO John Edwards revealed to me that an agreement in principle had been reached for the CJK Group to acquire Edwards Brothers Malloy's digital footprint (including high-speed inkjet) assets. Reportedly a roughly $16 million business, employing more than 100 workers, it comprised the company's digital book printing operation in Ann Arbor, Mich.; Lillington, N.C.; and operations set up in-house within three customer locations. Edwards said this tentative agreement would have enabled CJK to purchase the assets and maintain the Edwards Brothers Malloy name, if it chose to do so.

But, according to Edwards, the stumbling block to that tuck-in transaction being finalized hinged on Edwards Brothers Malloy's ability to reach and overcome a settlement agreement regarding its legacy pension obligations. Edwards' grandfather had started a pension plan in 1949, which had become significantly underfunded in 2012. So, after Edwards Brothers Malloy reached a final pension obligation settlement for $10 million in 2016, the company was unable to recover from the costs and payments associated with the settlement.

Apparently, the ongoing pension liability, which had to be resolved, scared potential suitors and became a major issue between the bank and CJK to consummate a deal at the time. "The cruel irony [centers around] the pension settlement, and that the pension benefits that my grandfather put in place in 1949 as a benefit to his employees (when Edwards Brothers employed about 50 people) would impact the business and ultimately cost 500 jobs," Edwards told me immediately following the closure of the company.

Prior to the agreement with Thomson-Shore, CJK Group's most recent deal was acquiring the assets of Printing Consolidation Co. (PCC) last October. PCC had originally been created by Blackford Capital — a national private equity firm based in Grand Rapids, Mich., which launched its Michigan Prosperity Fund in 2012 — with the acquisition of Dickinson Press in August 2015, followed by the purchase of Kingsport Book located in Church Hill, Tenn., in November 2017. (Click here to read the article and commentary I authored about that transaction at the time.)

And now, if the previously announced $1.4 billion, all-stock acquisition of LSC Communications by Quad comes to fruition by mid-2019 — pending antitrust concerns (click here to read my commentary on why I think the transaction will be approved)  — the U.S. book manufacturing industry will consolidate even further as the two largest players serving that market segment come together. LSC currently generates approximately $1 billion in book manufacturing revenues, making it the No. 1-ranked book printer, while Quad generates about $248 million in book sales. Once the companies combine, books will comprise 16% of Quad's $8.1 billion in sales, making it the largest book manufacturer in the U.S.

Compared to the proposed CJK Group acquisition of Thomson-Shore, the Quad and LSC mega-coupling will require that a much longer chapter be devoted to documenting the ongoing upheaval that's talking place in the book manufacturing marketplace.