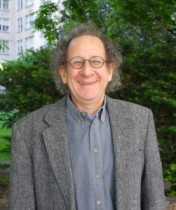 Mike Shatzkin has been an integral part of the book publishing business for more than 50 years. He has written or co-authored eight books, including ”The Book Business: What Everyone Needs To Know”, written with the late Robert Paris Riger, scheduled to published by Oxford University Press in March.

He is widely respected as a thought leader and considered among the most prominent observers of the industry’s transition to the digital era. He founded and led The Idea Logical Company, a consulting firm working on strategic issues for publishers and their trading partners, for 40 years. Since shifting his focus a bit two years ago, Shatzkin has devoted time and attention to climate change, working with Lena Tabori to develop a curated website (not quite yet launched as of this writing) to inform and shape the conversation about options to slow or avert global warming.

With Michael Cader, for nearly a decade Shatzkin co-founded and co-ran Publishers Launch Conferences (PLC), which staged industry education events exploring digital change from a global perspective. Long before PLC was organized and in the two years since the partnership stopped programming and partnering with Digital Book World, Mike organized and spoke at industry gatherings across the globe. His work has appeared regularly in trade journals for decades. Mike co-organized what he believes was the first conference on digital change for trade publishers when along with Riger, Lorraine Shanley, Constance Sayer, and Dan McNamee, they ran an event called Electronic Publishing & Rights in 1993.

The client list of The Idea Logical Company included top publishers, leading wholesalers including Ingram, leading retailers including Barnes & Noble and Borders, and numerous suppliers of technology and other services to publishers, including larger systems providers (Klopotek and Publishing Technologies), specialized digital services (netGalley and Vook), and industry services and not-for-profits (BookScan, Copyright Clearance Center, and, of course, BISG.)

Shatzkin’s experience in publishing is as varied as it is long. Aside from his author credentials, he has been an editor, a production manager, a sales director, and has sold rights in many venues, including for Hollywood development. His early experience, including a stint as sales and marketing director for a distributor, saw him engage with a wide range of small publishers. Shatzkin specializes in helping the industry navigate change, particularly as it relates to digital strategy and the publishing supply chain.

BISG Executive Director Brian O’Leary added, “Mike Shatzkin has dedicated his career to helping the book industry identify and solve its most pressing problems. From digital publishing to agency pricing to

climate change, he has led the conversation about what’s best, and what’s next, for book publishing. We’re excited to honor him with our Lifetime Service Award.”

The Lifetime Service Award will be presented at the next annual meeting of members, scheduled for April 26, 2019 from 8:30 a.m. until 2:30 p.m. at the Harvard Club of New York. Tickets for that event can be purchased on the BISG web site (www.bisg.org).

Quad to Sell US Book Printing Plants Amid Q3 Loss