When 100% employee-owned book manufacturer Thomson-Shore, based in Dexter, Mich., filed for Chapter 11 bankruptcy protection on March 25, 2019, it did so intending to sell its assets to Brainerd, Minn.-based CJK Group,  as opposed to restructuring or liquidating the company outright. At the time, CJK Group stepped forward and offered debtor-in-possession (DIP) financing, which allowed Thomson-Shore to continue to operate throughout the bankruptcy process and also to position CJK Group as the preferred bidder for Thomson-Shore’s assets. 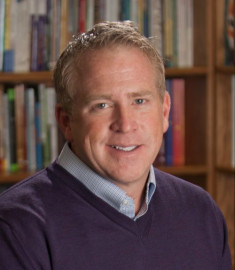 On April 29, 2019 — with no other bidders coming forward — the U.S. Bankruptcy Court of the Eastern District of Michigan awarded the assets of the short- to medium-run digital and offset soft cover and casebound book printing operation to CJK Group.

“This is a challenging time for our industry," said CJK Group CEO Chris Kurtzman. "The addition of the Thomson-Shore equipment and the experienced employees to run it will help create capacity within our organization, and ultimately put the companies of CJK Group in a better position to help book publishers produce quality materials in a timely manner.”

During the past month, CJK Group's integration team was able to analyze Thomson-Shore's customer base, financials, and equipment and human assets. This was a key step in enabling CJK Group to determine what it intends to do regarding Thomson-Shore's Dexter production facility, equipment and future employment opportunities for some of the reported 177 employees who worked there when it declared bankruptcy.

Thomson-Shore marks the third Michigan-based book printer purchased by CJK Group. Early in 2017, Chelsea-based Sheridan Books was acquired as a part of the overall purchase of The Sheridan Group. And more recently, in October 2018, Dickinson Press, located in Grand Rapids, was secured in an asset transaction from Blackford Capital.

With three book manufacturing sites with very similar capabilities located so close together, CJK Group has decided to consolidate the operations. As a result, most of the Thomson-Shore Dexter operations and equipment will be transferred to Sheridan’s Chelsea, Mich., facility, where construction of a 25,000–sq.-ft. expansion had begun last fall. Originally slated to be used for warehouse and storage, the expansion at the Chelsea facility is instead being converted to accommodate Thomson-Shore's production operations, and the Dexter site will ultimately operate as a satellite warehouse for the Chelsea facility. The balance of the Thomson-Shore equipment not being relocated to Chelsea will be moved to Sheridan’s Grand Rapids, Mich., location or to CJK Group’s Bang Printing facility in Brainerd, Minn.

According to Susan Wiercinski, VP of marketing, CJK Group's integration team is still sorting out exactly what equipment will be relocated where, but she revealed that one Timsons book press and a number of binding lines will be moving from Dexter to the Sheridan Chelsea operation. Other smaller pieces of equipment will be distributed throughout the CJK Group manufacturing sites. Plans are to use the majority of the 131,000-sq.-ft. Dexter plant as warehouse and storage space, and the office space will be leased if a tenant can be found, she added.

Wiercinski also told Printing Impressions that offers were made to more than 100 primarily production operations (and a handful of front-office) staff members at the former Thomson-Shore to join CJK Group and relocate their jobs the approximate six miles to the Chelsea plant once the expansion and equipment moves have been completed. Although some people chose to not join the CJK Group, she said the primary goal was to keep work in process for Thomson-Shore customers on track and to maintain continued employment for as many Thomson-Shore workers as feasible.

Continued employment for these former Thomson-Shore workers who secured positions within CJK Group is certainly good news, given that their shares in the Employee Stock Ownership Plan (ESOP) at the bankrupt Thomson-Shore have no monetary value.

Formerly led by Kevin Spall, Thomson-Shore was ranked No. 172 on the most recent 2018 Printing Impressions 400 list of the largest printers in the U.S. and Canada ranked by annual sales volume. The company had reported $28 million in sales for its most recently completed fiscal year, a 7% increase over the prior year. (Click here to access the complete Printing Impressions 400 list.)

As a privately-held company, CJK Group elects to not make its annual sales public for inclusion on the PI 400, but it maintains a national portfolio of printing and publishing-related services; fulfillment; and technologies serving book, magazine, catalog and journal publishers.