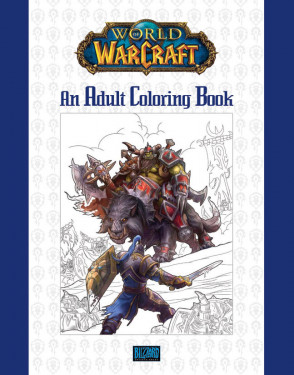 IRVINE, Calif. — December 8, 2016 — Blizzard Entertainment today announced the creation of a book-publishing label, Blizzard Publishing, dedicated to developing and releasing new Blizzard publications and reissuing out-of-print titles in the company’s Warcraft®, StarCraft®, and Diablo® settings, directly and through ongoing global partnerships. Each of Blizzard’s game universes has been inhabited by millions of players worldwide, and Blizzard Publishing will help maintain the lore and legacy of the company’s earliest novels and manga while also providing a variety of new ways for people to engage with Blizzard’s rich worlds and characters. Several of Blizzard Publishing’s upcoming releases will be available in multiple formats, such as print, audiobook, and ebook.

The first books published under the Blizzard Publishing label include two sets of previously released novels and manga from award-winning and New York Times best-selling authors.

Future releases in the Blizzard Legends and Blizzard Manga series will include titles across multiple Blizzard franchises.

“Great stories and inspiring artwork have always been at the heart of everything we do,” said Lydia Bottegoni, senior vice president of story and franchise development at Blizzard Entertainment. “The creation of Blizzard Publishing gives us new opportunities to celebrate the art and stories of our games with Blizzard gamers as well as fantasy and sci-fi fans around the world.”

Those looking to dive into a new book today can find the aforementioned Blizzard Legends novels and Blizzard Manga titles, as well as the World of Warcraft Adult Coloring Book, wherever books are sold and online at gear.blizzard.com. Blizzard Legends titles are available for USD $14.95; Blizzard Manga titles and the World of Warcraft Adult Coloring Book can be purchased for USD $12.95. Blizzard Publishing releases are distributed by Publishers Group West.

Blizzard Publishing is also planning to release a captivating series of full-color coffee table art books, starting with Art of Hearthstone® and Cinematic Art of StarCraft, as well as additional novel and manga reissues, in 2017 and beyond. Further details about these and other Blizzard Publishing titles, including pricing for regional translations, will be announced at a later date.

Best known for blockbuster hits including World of Warcraft®, Hearthstone®, Overwatch®, the Warcraft®, StarCraft®, and Diablo® franchises, and the multi-franchise Heroes of the Storm®, Blizzard Entertainment, Inc. (www.blizzard.com), a division of Activision Blizzard (NASDAQ: ATVI), is a premier developer and publisher of entertainment software renowned for creating some of the industry’s most critically acclaimed games. Blizzard Entertainment’s track record includes twenty-one #1 games* and multiple Game of the Year awards. The company’s online-gaming service, Battle.net®, is one of the largest in the world, with millions of active players.

*Based on internal company records and reports from key distribution partners.

How to Adopt an Agile Publishing Strategy

Capitalizing on Book Publishing Trends in 2019