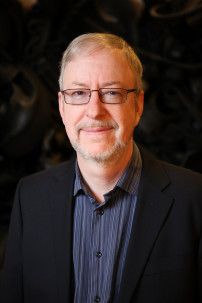 Chris Finan is executive director of the National Coalition Against Censorship.

The BIGNY session will be held at the Courtyard by Marriott/Central Park, 231 West 54th Street, NYC. The speaking session will begin at 6:15 pm; a professional networking event will start at 5:15 pm.

Admission for the September 2018 BIGNY event and networking reception is $45 for BIGNY members, $75 for nonmembers.

For more information and online ticket purchase, go to www.bigny.org.

Chris Finan's book, From the Palmer Raids to the Patriot Act: A History of the Fight for Free Speech in America

Chris Finan is executive director of the National Coalition Against Censorship, an alliance of 56 national non-profits that defends and expands free speech rights. Finan has been involved in the fight against censorship for 35 years.

As president of the American Booksellers Foundation for Free Expression (at the time, a part of the American Booksellers Association), he lead a national campaign to protect reader privacy, challenging Kenneth Starr’s attempt to obtain Monica Lewinsky’s book records. He later joined Senator Bernie Sanders to oppose sections of the Patriot Act that give the government access to bookstore and library records.

A native of Cleveland, Chris is a graduate of Antioch College. After working as a newspaper reporter, he studied American history at Columbia University, where he received his Ph.D. in 1992.

Finan is a historian and the author of several books, including From the Palmer Raids to the Patriot Act: A History of the Fight for Free Speech in America. The book won the American Library Association’s Eli M. Oboler Award for the best work on intellectual freedom published in 2006 and 2007.

About the Book Industry Guild of New York (BIGNY)

BIGNY is a New York-based organization that serves the publishing industry and community. Since its inception in 1926, the Guild has provided professional development opportunities by hosting social and educational events, seminars, industry trips, and more. The Guild produces the annual New York Book Show, which celebrates outstanding achievements in book design and manufacturing. BIGNY also proudly organizes charitable events to promote literacy in the New York City metropolitan area.

For additional information about BIGNY: