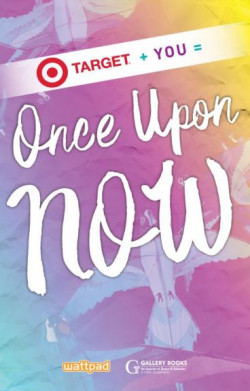 October 11, 2016 -- Ten Wattpad writers had their publishing dreams come true today with the release of Once Upon Now, an anthology of remixed fairy tales. The book is an exclusive collection of ten new modern tales, each with a fantastical twist. Once Upon Now is on sale now in Target stores and online.

The stories are written by winners of the #OnceUponNow contest hosted by Target, in partnership with Wattpad and Gallery Books. In the anthology, Rapunzel is homeschooled in a high-rise apartment, and Sleeping Beauty is the victim of a rare medical a syndrome. Classic tales from like Princess & the Pea, Pinocchio, and other favorites are reimagined in the book.

Once Upon Now features the work of some of the most beloved Wattpad writers, including:

To celebrate the release, we’re giving away five copies of Once Upon Now signed by the authors. To enter, follow us on Snap and share a photo of you dressed up as your favorite fairy tale character. Full contest details will be available on Snap.

The #OnceUponNow contest launched in the spring and quickly became one of the most popular contests on Wattpad. The Wattpad community voted on their favorites remixed tales, and then a team of editors at Gallery Books curated 10 of the most inventive and popular stories for the published book.