HarperCollins Doubles Down on Video: New YouTube Channel Aims to Reach Readers Wherever They Are

HarperCollins significantly expanded its video initiative in May with the official launch of its newest YouTube channel Book Studio 16. The channel follows in the footsteps of HarperCollins’ popular Epic Reads channel, an extension of a site by the same name, which creates original content for the YA community. The Epic Reads channel boasts over 95,000 subscribers and posts sharable, Buzzfeed-like video about YA books and authors. Book Studio 16 focuses on HarperCollins’ adult imprints and hopes to mimic the viral success of its YA counterpart. 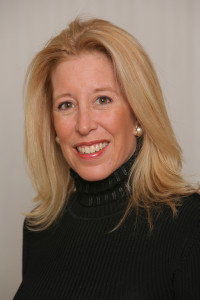 “We’ve been watching Epic Reads grow and we have been identifying YouTube and video as an important channel for books and for readers for a long time,” explains Lisa Sharkey, SVP director of creative development at HarperCollins. She and Marisa Benedetto, executive producer, spoke with Book Business about the launch of Book Studio 16 and how video has become an invaluable marketing tool to reach readers across a variety of platforms.

Sharkey and Benedetto each have roughly 20 years experience in video production and bring that knowledge to bear for HarperCollins video. Sharkey was a senior producer for ABC News’ “Good Morning America” and Benedetto worked as a multimedia producer at The Wall Street Journal’s video division. Both have backgrounds in documentary filmmaking and view the videos they create for Book Studio 16 as mini-documentaries. “We let the author talk more about their writing process, and what they find interesting. It doesn’t necessarily have to be about the book that they just wrote,” says Benedetto. “It gives readers who are looking for more from their favorite authors time to talk with them.” 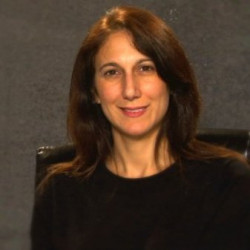 To celebrate the launch of Book Studio 16, HarperCollins created the Book Studio 16 Shelfie Contest, asking readers to post short videos that creatively showcase their bookshelves and favorite reads. The Grand Prize winner will earn $500 worth of books and be featured on the Book Studio 16 page. The contest, which ended on May 31st, is meant to drive awareness and subscriptions for the channel, as all contestants must subscribe in order to be considered.

Following Sharkey and Benedetto explain how HarperCollins creates video for Book Studio 16 and how the medium is an effective way to test new platforms and learn more about HarperCollins readers.

Sharkey: It’s not one versus the other. It’s the more places that we can allow the video to be discovered and appreciated and shared, the better we are. The nice thing about YouTube is that people can subscribe to our channels and whenever we release a new video you’ll get an alert and you can watch it.

How are you using YouTube videos to drive readers to the HarperCollins site or to purchase the books?

Sharkey: The interesting thing about an aggregate channel is that we have so many wonderful books that are related to each other across imprints. We can drive awareness from one type of book to the same type of book through what pops up at the end of our videos.

Benedetto: We have post rolls that run for 5-10 seconds at the end of each video and you have the opportunity to connect to other categories on our site. If you like this, you can visit these great writers or these celebrity authors’ pages. We can change that as time goes on or we can add other calls to action.

What type of videos are you creating for Book Studio 16?

Sharkey: We have mini-channels within our channels, like “New Releases,” “Writers on Writing,” and “Books for a Better You”. We have everything from short, digestible content where authors might simply read one sentence to much longer, more thorough interviews where someone might want to listen to Louise Erdrich talk about writing La Rose for 20 minutes.

How did you decide on the themes for these mini-channels?

Sharkey: We sat down and thought about what would people be interested in categorically about books and what would help them discover new books. For example we have a category called “Books in the News.” Any time something big breaks, we typically would have a book video that relates to that news. For example with the whole transgender bathroom controversy that’s erupted, we have a book called Raising Ryland and we’re going to be putting that in our “Books in News” channel. That book speaks directly from a mother’s perspective of raising a transgender eight year old.

What’s the process for creating these videos?

Sharkey: We start with our initial brainstorming meeting and we collect all the assets that everybody has for the book, including the author and our marketing teams.

Benedetto: I think one of the most important things is that most of our marketing videos are under two minutes long. We have to be economical about how we tell stories. It’s not like we're making a full documentary, but we’re approaching it with that kind of eye. We have interviewed Chris Kyle’s wife from The American Sniper and we had many, many home movies and photographs that people had never seen before, and it’s trying to pick and choose best assets and pieces to use in under two minutes.

Sharkey: It’s very similar to a news producer picking the pieces and clips you might see on a morning program or evening program.

For longer video, are you seeing users engage more and click through to buy the book?

Sharkey: Yeah, I think the longer you have them, the better chance you have of getting them super interested. I can say anecdotally that we’ve seen great responses on some of the longer videos. They get posted in lots of different places. A long interview with author Juan Martinez is a good example. It was posted on a fan site that reaches 12,000 fans and the comments were great. At the end of the day we want our authors to be happy that they were able to really talk at length about their books and we were able to get it out there, and that our readers were happy to really connect with the authors.

Sharkey: We don’t just have these videos living in one place. They live on the Amazon page, the Barnes & Noble page, the HarperCollins’ author page, and YouTube. We natively load them to Facebook. Sometimes we make 15 second videos and we upload those to Instagram. We’re not only thinking of one vertical. We try to think of everything at the same time, because we want to reach our readers wherever they are and we know that they are everywhere. This is a great way for us to test the waters and see if we can reach readers on these different platforms.

How do you envision video evolving at HarperCollins over the next few years?

Sharkey: I think that video is something that is only growing and I think that the lessons we’re learning now will help us to understand what it is that people are interested in and what kind of videos will cause them to click through and buy the book. At the end of the day this about getting more people to read HarperCollins books.

Taking it back to Epic Reads, they’ve created a real personality and created something with a huge following. It’s different when you have one specific kind of audience, which is the teen audience, and we’re trying to play around with what is the right personality for the general books group. Anything we can learn now, we’ll apply to future production.