I’ve been in the book publishing business for almost 15 years. I’ve published five marketing books of my own, and another five books from other authors under our own imprint. Let’s just say I know my way around enough to be dangerous.

But last year, I ventured into uncharted territory to publish my first novel, a mystery/thriller. Anyone who knows the book industry realizes that if you move from non-fiction to fiction, you are pretty much starting over.

After reaching out to over 40 agents who specialized in mysteries (and striking out) we decided to publish the book ourselves.

So I asked myself, “How can a first-time author become a bestseller without the help of a traditional publisher?” The answer: Be different.

A Novel Idea: Publishing for Free

With the final manuscript complete at the end of September, I made the decision to distribute the book, for free, in audio. My first option was Audible, but you can’t distribute an audiobook for free (for any length of time) on their platform, so the decision was made for me: a podcast. 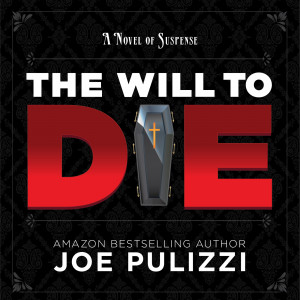 As a teaser, and to set up the podcast for distribution, we developed an audio book trailer and published it in October. On Dec. 4 The Will to Die was formally released on all podcast platforms including Apple Podcasts, Google Podcasts, Spotify, Stitcher, and Overcast (with the cover shown above). We released all the chapters simultaneously.

The results were impressive. The book hit the top 100 overall in Apple’s true crime category, as well as over 50,000 individual downloads of the podcast, including 75 ratings on Apple. 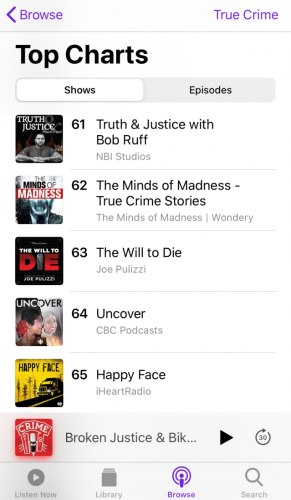 So, that’s all great, but what were the results?

Some we expected. For example, over a thousand people signed up for the Joe Pulizzi enewsletter directly from listening to the podcast. In addition, we received over 50 reviews on the book’s Goodreads page, and 500+ followers to the author Facebook page.

What we didn’t expect was the reader feedback. Dozens of readers sent direct emails regarding editing recommendations. Specifically, one gun aficionado made multiple suggestions on the guns and rifles used in the book, and how changes would improve the experience.

From all these suggestions, approximately 10% of the manuscript was altered or deleted in preparation for the official launch.

Once Jan. 1 hit, we prepared for the second launch of the digital, print, and audiobook (for sale).

Another unanticipated benefit to having two launches was being able to promote everything twice, including things like the cover reveal (one podcast cover and one official cover), two trailers, and two influencer promotions. In reality, the book promotion started in October with the free audio version and continued through March for the book release. The marketing never stopped.

Our goal was to hit the USA Today bestseller list, which in hindsight was probably unrealistic being a first-time fiction author. That said, on launch day, March 2, through March 8, we sold 2,876 copies of the book. This included 2,116 in digital version and 760 in paperback and hard cover, selling more than 100 copies each on Amazon, Kobo, Apple, and Barnes & Noble.

We were also able to reach and hold four #1 overall categories including Financial Thriller. And, as of this writing (April 1), the book is still #1 new release in multiple Amazon categories. All in all, not bad.

NOTE: Audible had serious production issues during this time. It took 36 days (versus seven to 10) for Audible to produce the audiobook. Thus, the audio version missed the launch.)

Now, you may think that we could have done this without first giving away the audiobook. Not so fast!

Just before launching the paid version of the book, we deleted the back half of all the audiobook chapters and added a new episode promoting the paid version. Because so many people subscribed to the podcast on their favorite channel, that episode was immediately listened to by over 1,000 readers.

In addition, we updated the landing page for the original free audiobook, changing the calls-to-action to the new paid versions. This meant that all the previous PR links we received for the free audiobook now promoted the paid version. These stories continue to get read, even five months after the launch of the free version.

Launching a free version was the right decision as a first-time author. It not only helped in building an audience, but assisted in creating a better overall book (with the suggestions) and became an important marketing vehicle for the official launch.

Today, as an established author, I’m not sure I would give away the entire book for free. That said, we now have access to an audience on multiple podcasting channels where we can keep them updated on the progress of the next book and share unpublished chapters.

Joe Pulizzi is the author of six books, including the Amazon bestselling novel, The Will to Die, as well as Epic Content Marketing, named a “Top 5 Business Book” by Fortune Magazine. You can reach Joe at JoePulizzi.com or @JoePulizzi on Twitter.