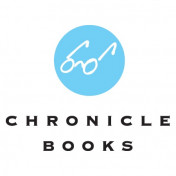 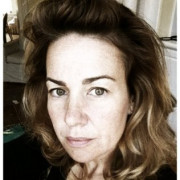 “It has been an honor and a privilege to work with Jack personally for over thirty years. His contributions to Chronicle Books as well as to the business of publishing are numerous and profound,” said Nion McEvoy, CEO of McEvoy Group. “I am equally excited that Tyrrell Mahoney, who has been directly responsible for our considerable success in sales and marketing for many years, will bring her deep knowledge of the market and our company’s culture to her new role. I am pleased that Jack will continue to provide guidance to Tyrrell and to the executives at the other McEvoy Group companies.”

“My forty-year career at Chronicle Books has provided me with an abundance of joy and professional fulfillment,” said Jensen. “We are most fortunate to have Tyrrell Mahoney, a woman of considerable talent and accomplishment, to take over those reins. I look forward to my expanded role as President of McEvoy Group and to bringing growth and prosperity to all of the Group's endeavors.”

Mahoney joined Chronicle Books in 1996 and has held various positions at the company since then, including Director of Trade Sales and Executive Director of Sales. She has been Vice President of Sales & Marketing since 2007. In her new position, Mahoney will to report to Jensen.

About Chronicle Books
Chronicle Books, one of the most admired and respected publishing companies in the U.S., was founded in 1967 and over the years has developed a reputation for award-winning, innovative books. Recognized as one as the fifty best small companies to work for in the U.S. (and the only independent publisher to receive this award), the company continues to challenge conventional publishing wisdom, setting trends in both subject and format, maintaining a list that includes much admired illustrated books and gift products in design, art, architecture, photography, food, lifestyle, pop culture, and acclaimed children’s titles. Chronicle Books' objective is to create and distribute exceptional publishing that is instantly recognizable for its spirit and creativity. Our collaborations spark the passions of adults and children worldwide, encouraging them to explore, connect, and see things differently. For more information about Chronicle Books visit www.chroniclebooks.com

About The McEvoy Group
The McEvoy Group is a San Francisco–based media company whose other holdings include the publishers Chronicle Books, Princeton Architectural Press, Galison/Mudpuppy, as well as I See Me!, a leader in the personalized book
market.