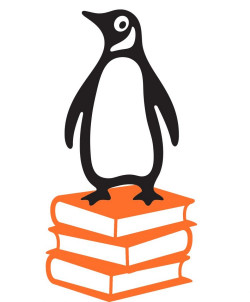 Bertelsmann, the massive media company based in Germany, has announced that it will soon become the sole owner of Penguin Random House. Upon approval by regulators, which is expected, the company will purchase the remaining 25% of the joint-venture now owned by Pearson, the UK-based publisher that is shedding non-educational assets. Penguin, owned by Pearson, and Random House, owned by Bertelsmann, came together in 2013 to form the world’s largest book publishing group, bringing many familiar names under one roof. Much of the publishing industry had been in continuous “roll-up” mode for decades, similar to the printing industry; the joint-venture was one more continuation of that process.

Previous acquisitions on both sides of the joint venture included well-known and respected publishing houses including Doubleday, Modern Library, Alfred A. Knopf, Pantheon, Ballantine Books, Bantam, Dell, and many others.

One of the most famous and historic trade names of the combined entity was Penguin, surviving the latest merger and still enshrined on the company marquee, slated to remain the lead name in the new wholly-owned subsidiary of the Bertelsmann publishing division. The new entity will, amazingly, consist of more than 300 different brands or “imprints” under which the company publishes books.

Similar to how the Volkswagen, Audi, Porsche and Bentley brands are all manufactured by one company but target different customers, all 300 imprints will be published under the overarching Bertelsmann umbrella, but marketed to different audiences and demographic segments. Like the VW Beetle, the Penguin imprint got its start in the 1930s and was conceived as a low-cost alternative to traditional methods, effectively accomplishing its intended function, but priced to be affordable to the masses.

Penguin founder Sir Allen Lane had publishing in his blood. He rose quickly from apprentice to the position of managing editor at his uncle’s publishing company. Sir Allen took risks; he was the first to publish James Joyce’s highly controversial "Ulysses" in England (much later in life, taking another risk, he purposely published an uncensored edition of D.H. Lawrence’s "Lady Chatterley’s Lover" just to test the censorship laws in England).

In 1934, when traveling back from a weekend visit with mystery writer Agatha Christie at her country home, he found himself without something to read and was aghast that the only reading material available at the train station were magazines and reprints of Victorian novels. Hence, the idea was born for inexpensive editions of quality literature, sold in vending machines and at non-traditional outlets for books such as tobacco stores and, of course, railway stations. Sir Allen priced the original editions equal to a pack of cigarettes, so low that some authors, including George Orwell, took it upon themselves to protest the idea which they believed would undermine the market for books.

The idea was not new, however. Several years before, a German company had established Albatross Books in Hamburg based on the same ideal of publishing inexpensive paperback versions of quality literature. Not only did Sir Allen adopt the use of a bird as the brand name and the logo, his books, like the German predecessor, were sized to approximate the proportions of the golden ratio, used modern sans-serif fonts, and eschewed the use of illustrations on the covers favoring instead simple graphic treatment with typography and color-coded by genre.

The idea took off and eventually other publishers and authors agreed to sell Penguin the rights to publish an inexpensive paperback edition of their titles under the Penguin imprint. Penguin titles were primarily focused on great fiction (best-known for the orange banded covers) but also included crime novels (green), travel and adventure (pink), biographies (dark blue), drama (red), essays (purple), miscellaneous (yellow) and world affairs (grey). The success of the Penguin brand was followed up by Pelican Books (light blue) which published non-fiction titles, and then by Puffin Books for children.

The original name for the brand was suggested by a typist listening in on Sir Allen’s conversation. He then sent a young staff member off to the London Zoo to draw the original Penguin logo. The logo morphed over the years, sometimes upright and stiff, other times happily dancing. Occasionally, the book was embellished with a pair of back-to-back dancing penguins, for reasons that are no longer obvious or explained.

According to recent reports, it appears that the market for printed books has stabilized, or at worst, is declining only slightly. Print, at least when it comes to books, is not dead, nor is the printed book on life support as appears to be the case for many newspapers and magazines. To support its commitment to printed communications, especially books, Bertelsmann’s subsidiary Bertelsmann Printing Group maintains a global staff in excess of 8,200 employees, with more than 20 manufacturing sites in Europe and the U.S. If it were a standalone company, the Bertelsmann Printing Group would be the largest printing company in Europe. On a global basis the company’s revenue is approximately $1.8 billion annually.

It’s been 88 years since two Germans and an Englishman launched the predecessor concept to Penguin Books in Hamburg. Through the vicissitudes of world events, Albatross Books was eventually shuttered and one of its founders emigrated to America and eventually headed up Penguin Books in the U.S., the successor to his own original concept. Later this year, the world’s leading company that produces inexpensive books produced for the masses goes home to roost in Germany.

Walsworth, with reported revenues just shy of $180 million and based in Marceline, Missouri, announced the acquisition of Ripon Printers, located in Wisconsin. More than half of Walworth’s business is book manufacturing with a specialty in the production of yearbooks. The company also prints magazines, catalogs and general commercial work. With revenues of $50 million, the Ripon acquisition significantly moves the needle for Walsworth and brings additional catalog and magazine work to the mix, as well as direct mail and fulfillment services.

Another global private equity investment firm has entered the marketing execution services business, suggesting that at least this firm of financial investors believes there is still more margin to squeeze out of suppliers in the marketing services supply chain. This time Blackstone, the third largest private equity firm in the world, has acquired a substantial minority interest in HH Global, the UK-based procurement and creative production company. Lest sellers of graphic communication products have any doubt about HH Global’s core deliverable, the company’s website makes it clear; their services, in order, are print procurement, point-of-sale procurement, packaging procurement, and promotional products procurement.

Mark Hahn is a managing director and founder of Graphic Arts Advisors, a boutique strategic financial advisory and consulting firm focused exclusively on the printing, packaging, mailing, marketing services, brand management, and related graphic communications industries. With more than 35 years of graphic communications experience in the areas of finance, operations, sales, M&A, and general management, Hahn has served as chief financial officer, chief operating officer and other senior positions with several commercial printing companies, as well as founding and eventually selling his own printing company.

The firm assists company owners and management, as well as their lenders, investors and shareholders in the following areas: mergers and acquisitions, sale of business, strategic and financial advisory, capital structure and funding, financial analysis, interim and turnaround C-level management, business valuations and serving as consulting experts. Hahn is the author of The Target Report and is regularly published and quoted in printing industry trade and management journals.

Quad to Sell US Book Printing Plants Amid Q3 Loss