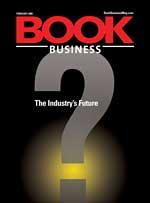 Matthew Baldacci has been marketing books for 17 years. Currently St. Martin’s Press’ vice president of marketing and publishing operations, he has seen a number of marketing strategies come and go, and is constantly on the lookout for innovative and creative ways to market the company’s some 700 titles a year. He and his team may be on to something with its relatively new “try before you buy” model.

A Glow Among the Gloom

It’s the first issue of the new year, and I am certainly in a pensive mood. Partially because the start of a new year tends to incite introspection among many of us, as well as re-evaluation of our business state and direction. But mostly, I am pensive because of the very thing we write about, issue after issue, year after year: a book. Earlier this week, I finished reading “The Story of Edgar Sawtelle” (the print edition) and am just, once again, blown away by the impact of what you, our readers, do.

White River Junction, Vt.-based independent publisher Chelsea Green received strong criticism from retailers, both large and small, last August after it made a deal with Amazon.com to exclusively sell one of its new titles, Robert Kuttner’s “Obama’s Challenge: America’s Economic Crisis and the Power of a Transformative Presidency,” for the first few weeks of its release. In response, Barnes & Noble cut its initial order for the book, selling the title online, but not in its stores, while some independent booksellers vowed not to order from the publisher again.

$0 Amount Massachusetts-based, nonprofit Concord Free Press charges consumers for its books, including shipping. In exchange, the publisher asks readers to make donations to a local charity or someone in need in their community, and to pass on the book. Concord plans to publish two titles a year as part of its effort to “expand the definition of publishing and re-invigorate the book” (according to its Web site). Each book will be limited to about 1,000 copies.

The 'Mr. Coffee' of Bookmaking

When espresso was first popularized in America, in the 1950s, it had all the qualities of a fad—commanding a lot of attention, then quickly fading out. The drink roared back into popularity in the ’90s on the back of a killer app called Starbucks, proving itself indispensable among a digital generation partial to need-it-now energy solutions. Who today can imagine life without it?

Judging from the prognostications that Pat Schroeder remembers hearing at publishing conferences a decade ago, most people today ought to be reading e-books and regarding print as a quaint relic of the past. That hasn’t happened, of course, and the president and CEO of the Association of American Publishers (AAP) sees that fact as a useful caution when trying to predict the future of the industry. It’s easy to identify key factors, but misjudge their effect; trends that seem vitally important now could fade into obscurity, and the course of publishing could be shaped by things currently on no one’s radar screen.

To varying degrees and rates of speed, publishing companies are transforming themselves into digital organizations. While the vision varies from organization to organization, the essence of the transformation is the adoption of an approach in which content is created and transformed on a common digital platform, and in which the publishing life cycle itself is supported by a data-driven system.

University Presses Press on Through Recession

One might think that all other problems fade into the background when there’s a recession, but for university presses, that’s certainly not true. Questions about changes in education funding and student habits rear up alongside concerns about preparing for the digital future; still, the country’s economic woes are plaguing university presses, and the stress is not likely to disappear anytime soon.

Will You Recognize the Industry in 10 Years?

There is no doubt that the industry is in a period of significant transition. What can we expect 10 to 15 years from now?