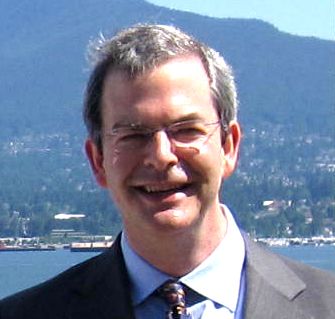 Thad McIlroy is an electronic publishing consultant, analyst and author, and principal of The Future of Publishing. Since 1988, Thad McIlroy has provided consulting services to publishing and media companies, printers, prepress shops, design and advertising agencies, as well as vendors serving the publishing industry.

Roth, who earned an estimated $17 million last year selling some 7 million books, is but one of many ink spillers whose literary successes have translated into box office hits. Nearly a quarter of the 200 top-grossing films worldwide tallied by Box Office Mojo have been directly adapted from books

February 27, 2015How the 33 1/3 Series, In Spite of Two Shrinking Industries, Continues to Thrive

You've heard it before: music criticism as we know it is dying, replaced witheditorial positions at Apple or lifestyle reporters masquerading as music journalists. But in one tiny corner of the publishing industry, at least one form of writing about music is surviving -- even thriving. For over a decade, Bloomsbury Publishing's 33 1/3 book series has been breathing life back into liner notes with 160-page, 4x6-in. treatises on an eclectic spectrum of 104 albums, from a nuanced account of recording Neil Young's Harvest to John Darnielle of theMountain Goats' novella about Black Sabbath's Master of Reality.

In an event that recalls the grand relocation of Beauxbatons Academy and Durmstrang Institute; at the beginning of Harry Potter and the Goblet of Fire, “Hogwarts comes to Central Library” in Leeds on February 17th, in time for the UK schools half term. “Experience something magical at Central Library this half term,” says the announcement. “Join […]

Harry Potter eBooks Now Available on Oyster (GoodeReader) Today, the company is proud to announce that they have reached an agreement with JK Rowling, to have the entire Harry Potter saga available. *** The Death of Music Sales (The Atlantic) If CDs are “dead,” so is iTunes. *** Apple Reduces the Amount of Storage iOS […]

Oyster just scored a significant acquisition. It’s only a handful of books, but they involve some popular characters. Yes, Oyster has the Harry Potter series, all seven of the main books plus the three Hogwarts Library books. Their release says it’s the only subscription service to have all the books, and that’s true if you […]

I’m Hooked on ebook Highlighting – What we Underline is so Revealing (The Guardian) Ebook readers reveal the most highlighted passages in Harry Potter, the Bible, Lord of the Rings and many more. *** Amazon Editors Choose Their Best Books of 2014 (GalleyCat) Amazon has revealed their picks for Best Books of 2014, a list […]